Its no secret that The Reading Public Museum is one of my favorite local museums, especially for children. Sebastian had his first museum experience there at a year old when we took him to see the Curious George exhibit that they were hosting. Since then, we have taken him to see Dinosaurs, Thomas the Tank Engine, and Hot Wheels exhibits there. We go so much that we invested in a family membership, which is actually one of the best deals out there, and I would highly recommend it for any family planning on visiting more than twice in a year ($75 for 2 adults and up to 4 kids. Includes the planetarium and a 10% discount at the gift shop). The kid’s exhibits are always very hands on and designed to be enjoyed by children, but don’t be surprised if you find yourself having just as good a time (if not more) as the kids. They usually host between 2-4 kids exhibits during the year, but the museum’s permanent collection, as well as the variety of other exhibits they mount are also worth a visit. 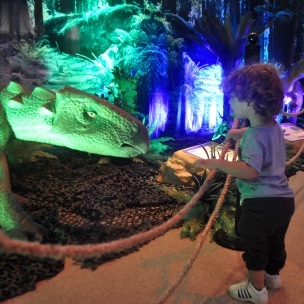 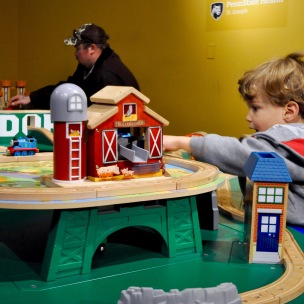 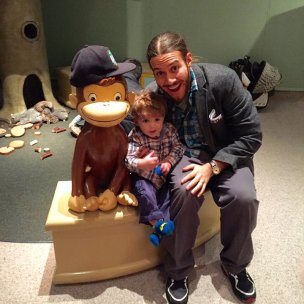 We decided to check out the new Teenage Mutant Ninja Turtles: Secrets of the Sewer exhibit, which replaced the recent Hot Wheels exhibit (more on that in a later post) on opening day. The exhibit opened on May 13th and will be on display until September 4th. Its located in the five rooms that make up the 2nd floor gallery that is to the right of the stairs, so a very large exhibit. I recommend planning to stay for at least 90 minutes, as there are quite a few activities for visitors to enjoy.

A heads up to parents who grew up in the 80s and 90s: these are not YOUR Ninja Turtles. If you go there expecting the turtles from the original movies or cartoon, then you will be massively disappointed. That being said, don’t let that deter you from going to see it. While the exhibit is visually the newest incarnation of the turtles, it also provides visitors with the history of the turtles, which is something that those who grew up with them will really enjoy. 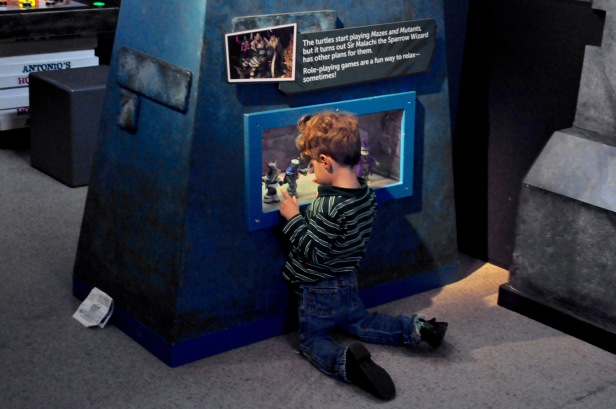 The great thing about this exhibit is that it has a good blend of informational, experimental, and physical activities. Visitors can learn about ninja weaponry, practice their pizza shooting skills, and crawl through sewers. The exhibit is a good mix of visual and hands-on learning. Everyone is sure to find something that interests them. For Sebastian, it was the pizza reflex game, which was like a light up button wack-a-mole. Even though he was much to young to actually do the game, he was determined to try. He must have sat there for 15 solid minutes, trying to hit the buttons as they lit up. For any mom of a 2 year old, you know that something that keeps your child focused and sitting for more than 5 minutes is almost unheard of. This is why I love museums. They engage us and they can do it in a multitude of ways with a variety of different types of people. 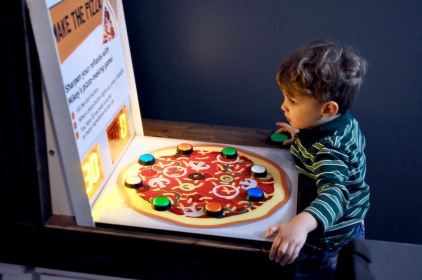 My overall impression of this exhibit is that it is a great way for parents and their kids to bond over a shared interest. I watched parents compete against their kids in pizza shooting contests, skateboard, and learn side by side. While there are obvious differences between the two generations and their relationship to The Turtles, this exhibit helped bring them together to enjoy not only the exhibit, but each other.